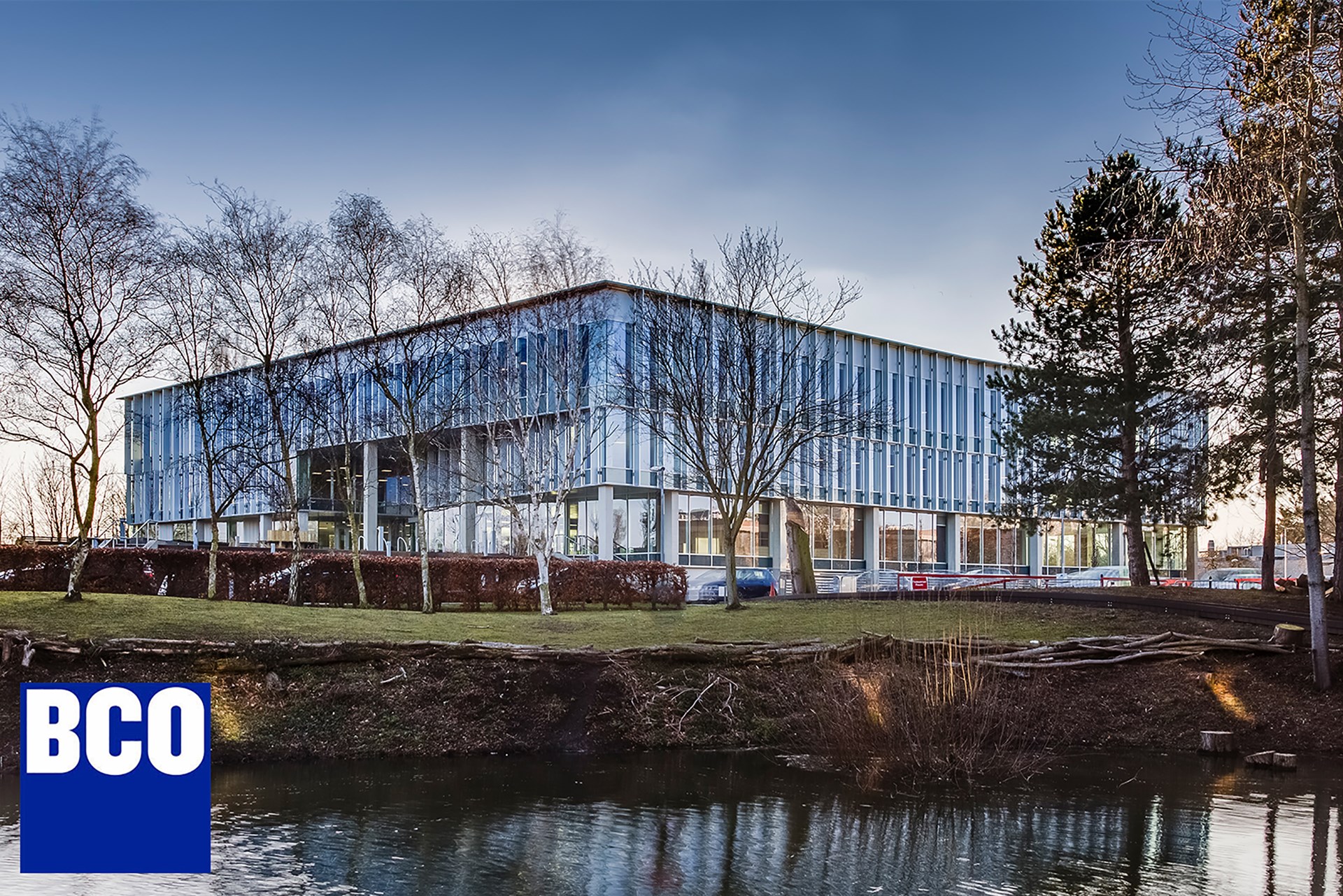 The Scott Brownrigg designed 26 Cambridge Science Park for Trinity College and Bidwells will be the subject of a BCO Midlands &East Anglia Committee talk and tour on Tuesday 26 June.

The project team consisting of Architects Scott Brownrigg, Project Managers 3PM, Contractor SDC and Cat B interior designers IA will present the project and give guests a tour of the recently completed building which was pre-let to leading games company Frontier Plc.

The building is the first in a series of new buildings to be delivered on the park, which is repositioning to become a leading global technology hub.

Scott Brownrigg Project Director Jason Lebidineuse who led on the design said:
“The buildings innovative design has been used as a catalyst for the development of this important science park, setting the standard for future development in the area”.

The 65,000 sq ft three storey building sits on a landscaped podium over undercroft parking, shared with adjacent plots 22 and 25 (to be completed in 2019). The relationship between these three buildings has influenced the design and positioning of plot 26 on the site.

The building has been recessed on the principle elevations, which has enabled the provision of a landscaped edge to the north of the site and a carefully designed “street” over the podium which leads to the main entrance and central fully glazed atrium.

The access sequence is characterised by a series of architectural events. From highway level, the user approaches the podium through a “garden of wild flowers”. At podium level, the hard-landscaping provides a multifunctional space to meet or relax in, with views towards the nearby lake. Finally, the entrance approach finishes with a dramatic overhang, which forms a lightwell above the main entrance, before entering the full height atrium. Glazed on three sides in dark grey framing, it contrasts with the external material language. The rotation in the floor slabs externally is highlighted internally with a dark tapered soffit between ground and first floors delineating the reception desk underneath.

The atrium incorporates a feature ‘projecting staircase’ cantilevered from circulation bridges, which extends into the undercroft. This creates the illusion of a cathedral-like four-storey building.

Access to the reception is reached at a half level between the undercroft and podium. This allows for a cascade of bleacher seating between levels. This design development was sort from the Tenant’s preference of having an undercroft staff entrance directly connected to the reception. Giving importance to the building user arriving from the undercroft as well as the visitor arriving from the podium. The result accentuates the vertical space making the atrium and its projecting cantilever stair a suitable climax from the entrance.

The structural strategy responds to the needs of an efficient office plan designed over a 9000mm by 7500mm grid, emanating from the undercroft car park, and its distinctive building form. The blade columns along the north edge of the building have been stepped to minimise the extent of the overhangs; avoiding columns penetrating into the office floor plate. In this way, both the user experience inside the building and its outside appearance reflect an equally important design response to the brief.

Centrally on the plot, each of its four facades are equally treated. The mass generation of the building form has been designed in such a way that the most dramatic and dynamic movements have been applied to the northern and eastern facades providing hierarchy and character to the building.

The building’s solar shading strategy utilises natural anodised aluminium, with solid panels and a series of vertical fins of varying depth, as part of the holistic curtain walling system. These elements surround the building and enhance the dramatic movements of the volume. Each of the movements of the slabs and angled facades, achieved by rotating them slightly, is accompanied by a rational increase of their size towards the top. In line with this, the depth of the louvers similarly increases around the building. These morphological strategies allow the building form to achieve a dynamic character and a strong, yet subtle and sophisticated, presence on the site.

The tenant, Frontier also appointed Scott Brownrigg to deliver the fit-out design by IA. The design incorporates a series of private offices, meeting rooms, break out areas and sound studios, which reinforce Frontier’s identity as a ‘ground-breaking Videogame company’. In reflecting the building’s strong language and the needs of the client, both the base build and interiors read as one holistic design.

"The buildings innovative design sets the standard for future development in the area".