In 1964 Misha Black, who had become Professor of Industrial Design at the Royal College of Art (1959-75) undertook a twelve year consultancy to the London Transport Executive. He became responsible for all aspects of design for the Victoria Line. 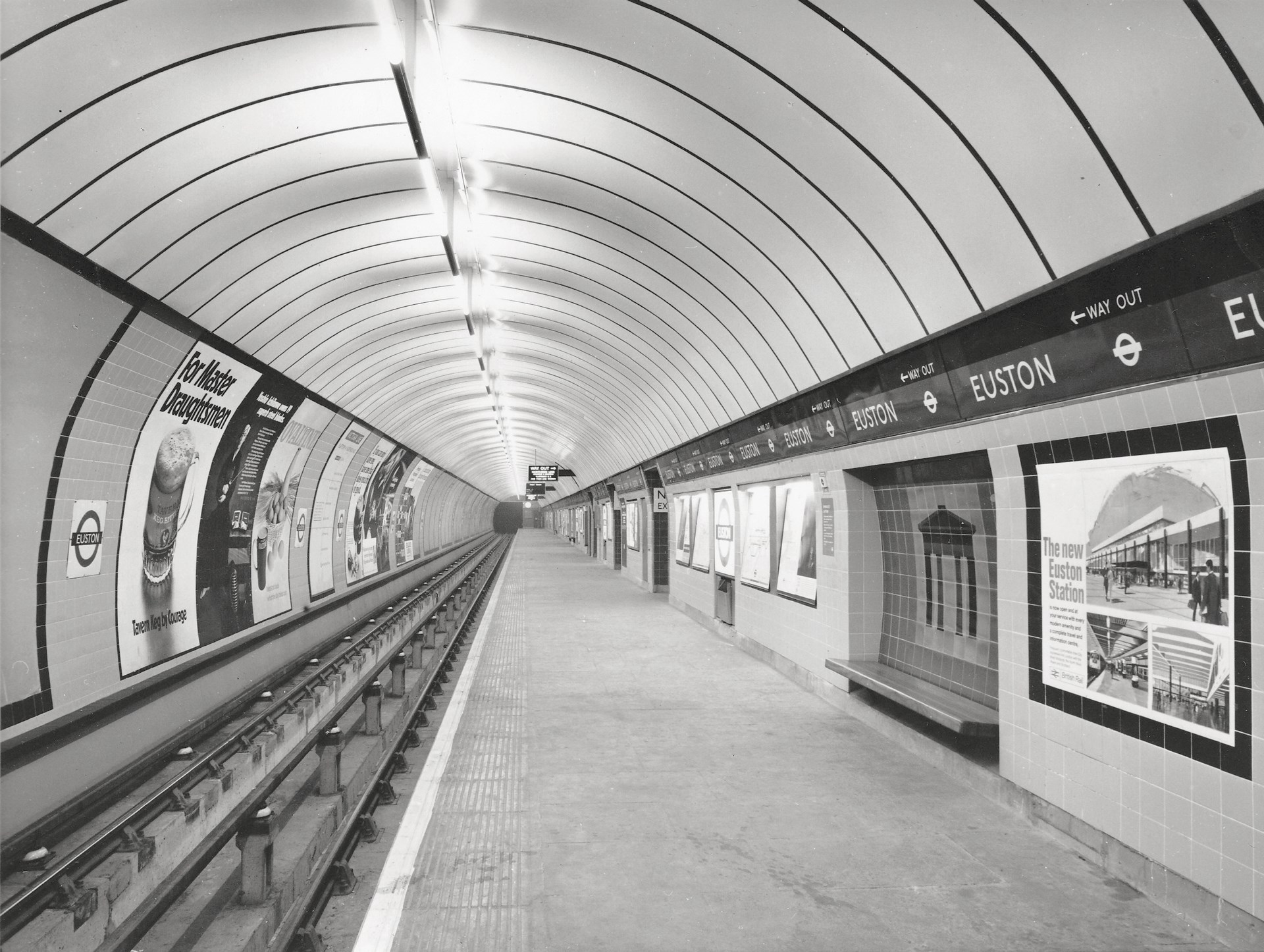 The 14 mile long tube connecting 16 stations was the first underground railway to be built in the centre of London for sixty years. Opened in 1968 it was considered to be the most advanced underground railway in the world, with the introduction of computer controlled trains improving energy, time and cost efficiencies all around.

A frieze at the top of each platform wall, repeating the name of the station was introduced allowing for easy recognition by passengers in busy periods; whilst ceramic tile murals referring to the station name or its locality were commissioned for platforms. The tiled designs in each seat recess provided colour and decoration, and gave each stop its own visual identity. Murals for Tottenham Hale, Highbury and Islington and Victoria were designed by Edward Bawden and the Stockwell mural by Abram Games.

Train carriages were redesigned and the Corporate Identity for London Transport introduced a plain colour version of the roundel for use on underground trains and buses. Misha Black subsequently went on to be knighted in 1972.