Scott Brownrigg architect Albena Atanassova is one of two RIBA Young Architect Ambassadors. Appearing first in the publication her essay is firmly rooted in the future…. The Futurist… 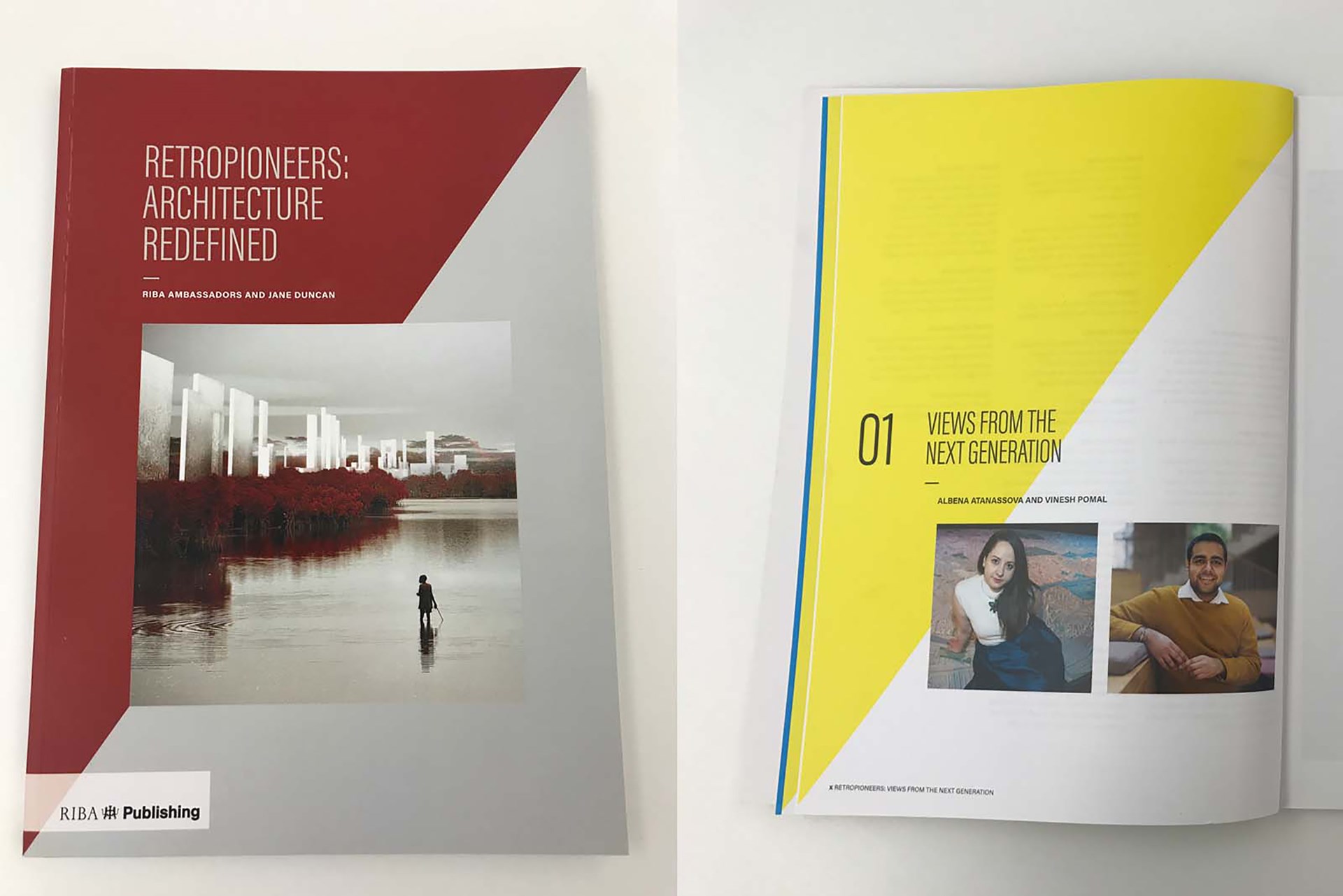 The RIBA Ambassadors Project was initiated at the start of Jane Duncan’s presidency from her desire to form a group of passionate and knowledgeable subject specialists who would act as the mouthpiece for the RIBA on a number of topics. As part of their posts the Ambassadors were asked to undertake three areas of activity: that they use their post to elevate their subject, that they present a series of recommendations for Council to endorse, enabling new policy to be created for the Institute, and that they produce an essay each on their topic area for publication by RIBA Publishing.

The Retropioneers: Architecture Redefined offers some poignant thoughts from a range of passionate architectural advocates about the possible future challenges to the industry. The book is an exciting, provocative piece of work which will set the standard for debate within the architectural community and spearhead intellectual discourse around the state of the industry and its role in the future. Each of the essays are based around topics of architectural debate, including equality, research, collaboration and the role of young architects, and look at each side of the debate from both a top-down view and a revolutionary grassroots view.

Scott Brownrigg architect Albena Atanassova is one of two RIBA Young Architect Ambassadors. Appearing first in the publication her essay is firmly rooted in the future…. The Futurist…

It is the year 2034, which would have been the 200th anniversary for the Royal Institute of British Architects – that is, if it still existed.  The world is slowly approaching the Fourth Industrial Revolution of creating cyber-physical systems and reaching the technological singularity. The currency of today is imagination, and reality is about more than places.

Albena's essay reminds her 2016 self that architecture is all about people, and postulates that architects are ‘back where we started’ as master buildings or, what people call us today ‘Futurists’.  Never stop dreaming of a better world she tells her younger self.