There is an old motto that says fuel rather than blood flows through the veins of the people who come from Brescia, Italy. This will be no more apparent than on the 18 May when thousands descend upon the town to take part and witness the start of the legendary Mille Miglia race, which this year celebrates its 90th anniversary.

Of those competing in the exhilarating four-day roundtrip race will be Scott Brownrigg CEO, Darren Comber and Quantem LLP Partner, John Barbour who will driving the 1,600 kilometre route in a 1955 AC Ace, 2ltr, 6 cylinder classic motor car.

The original infamous race took place twenty-four times from 1927 to 1957. In 1955 it was won by the legendary Formula One British Grand Prix winner, Stirling Moss. During this period Enzo Ferrari, called the Mille Miglia the “most beautiful race in the world”.

The race was revived in 1977 as a regularity race for classic and vintage cars with participation limited to cars produced no later than 1957, which had attended (or were registered to) the original race.

It was also Ferrari, otherwise known as the “Drake di Marinello,” who described Mille Miglia in the early 1980’s as “a museum in motion, unique and charming, in a beautiful framework of jubilant visitors”.  A lively mix of sport, culture, tourism, performances and international friendships, the route runs through some of Italy’s most artistic and historical gems. It is these places, along with their architectural and natural beauty that have made the modern day Mille Miglia a symbol of Italian excellence all over the world, combining tradition with innovation, creativity with elegance, and beautiful scenery with the Italian way of life.

Throughout its history Scott Brownrigg has enjoyed an affiliation with cars and motor racing. In 1961 following the success of Stirling’s Mille Miglia win, he appointed the practice to design his newly purchased Mayfair home, which he still resides in today. More recently its association with motor racing has included the creation of a concept design for the re-development of a HQ Campus for a  Formula One motor racing company.

In addition the practice has designed the Global HQ Campus for Kamkorp. The R & D Company, which specialises in the creation of highly efficient electric vehicles, also owns automotive companies - Frazer Nash, Bristol and MetroCab. 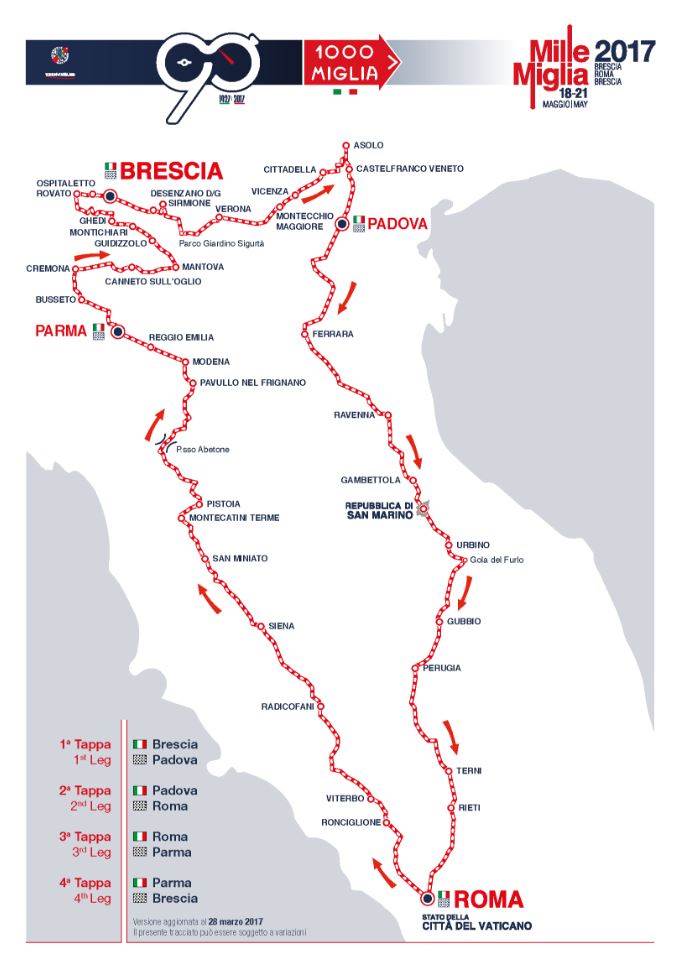