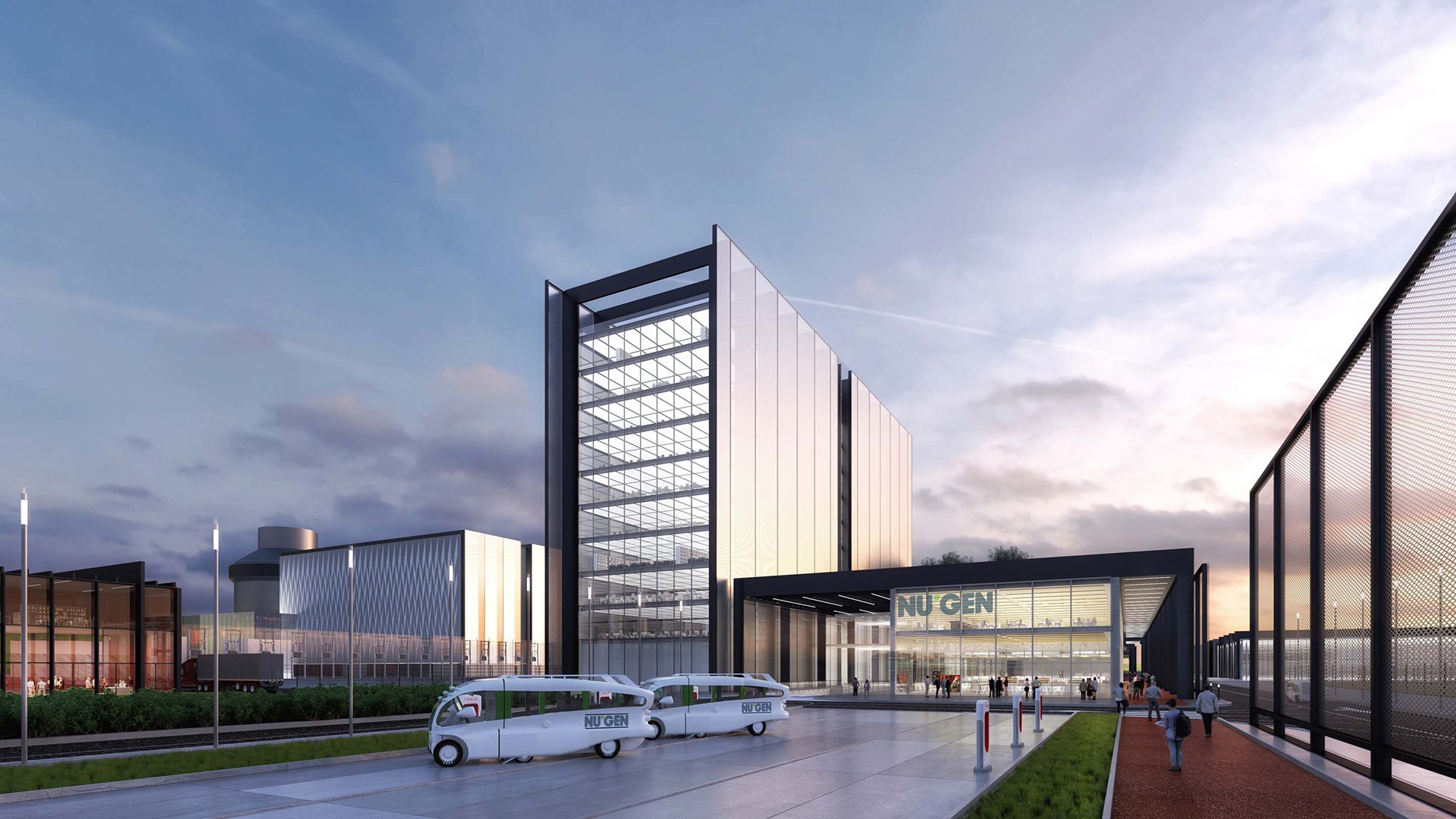 International design practice Scott Brownrigg has announced that its Advanced Technologies sector is working with NuGeneration (NuGen) on the masterplan and vision for the Moorside Nuclear Project in Cumbria.

Scott Brownrigg’s Advanced Technologies sector focuses on the design and construction of technology intensive buildings and the wider transformative impact of technology on cities and architecture.

Director Iain Macdonald who leads the sector said “There is a long and continuing relationship between architecture, engineering and industrial process in Britain. This ‘productive architecture’ has not only diversified in scale and typology but also become ‘cleaner’ with advances in low carbon processes. The architectural vision for Moorside demonstrates an aesthetic appeal and functional clarity which ensures that the visual impact of the project avoids the confused and often ‘ad hoc’ layout that can occur with large infrastructure developments, particularly in sensitive rural settings.”

Our approach to the scheme’s design proposes a hierarchy whereby the external envelopes of buildings, i.e. overall form and visible materials relate to their size and function with recognizable common features to reinforce ordering principles. This articulation progressively becomes more refined, as buildings reduce in size bringing a human scale to the development.

Sustainability has also been a key driver of the masterplanning with movement and transport of operational staff, construction workers and materials to the main site and associated development intended to be by rail and sea.

Iain continues “As the construction, operation and decommissioning lifespan of a nuclear power station may last a century; the impact of technology on its real estate may in some cases be transformational. We have therefore considered future scenarios such as greater automation including greater use of robots in day-to-day operations. Attention has also been paid to the arrangement of space between buildings and design of landscape surrounding the site to promote workplace wellbeing and community engagement in science and nature.”