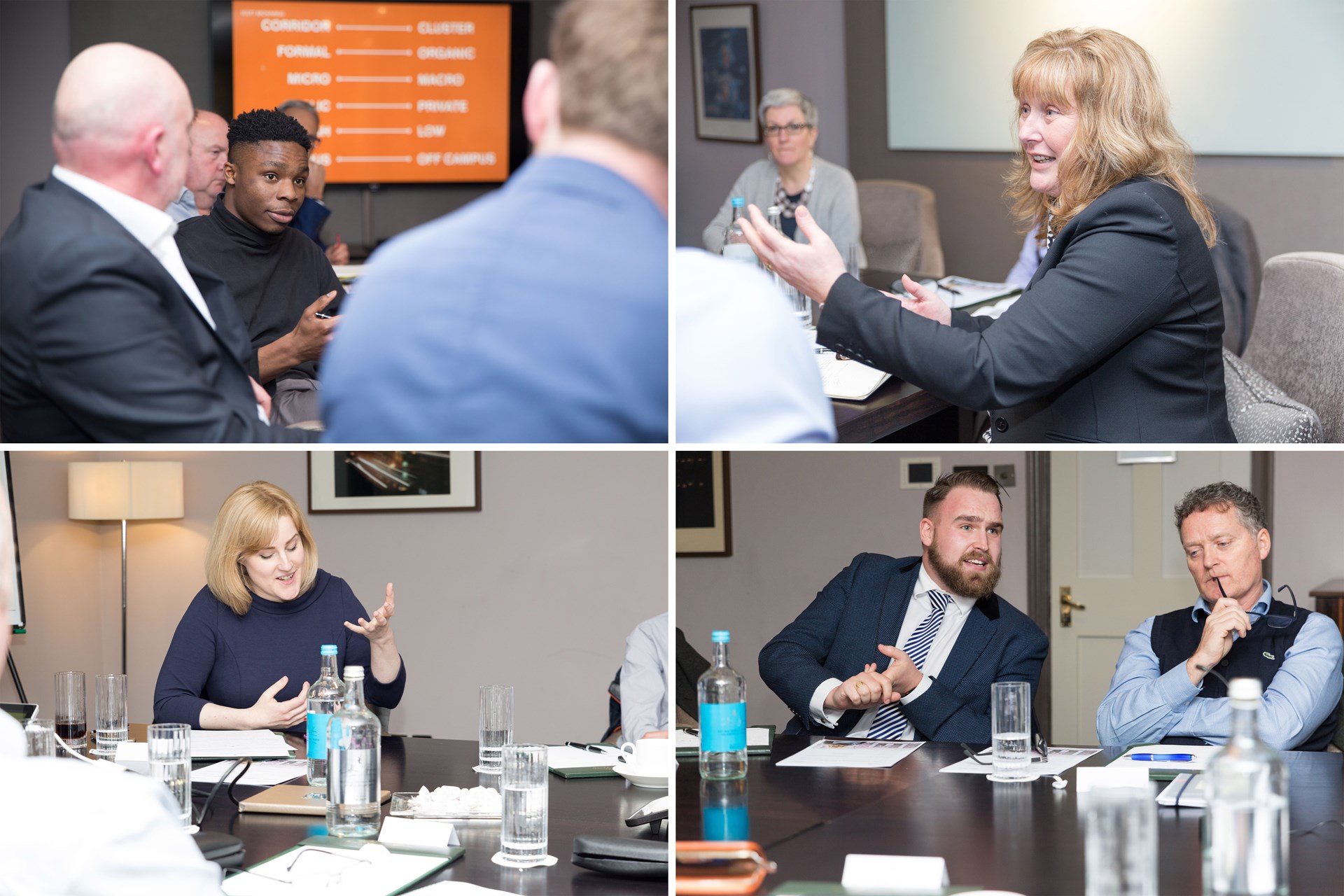 The event was attended by key professionals and influencer's from across the university, welfare and design and construction industry including the following:

Zachery Spire - Head of Research & Training, The Class of 2020

The insightful event explored the pressures of university life and the rapid rise in mental health issues among young people. Focusing on the influence that evolving accommodation typologies and their design can have on wellbeing for students on and off campus. A number of key themes were identified.

Scott Brownrigg and Galliford Try will be publishing the key discussion points later this year – so watch this space.