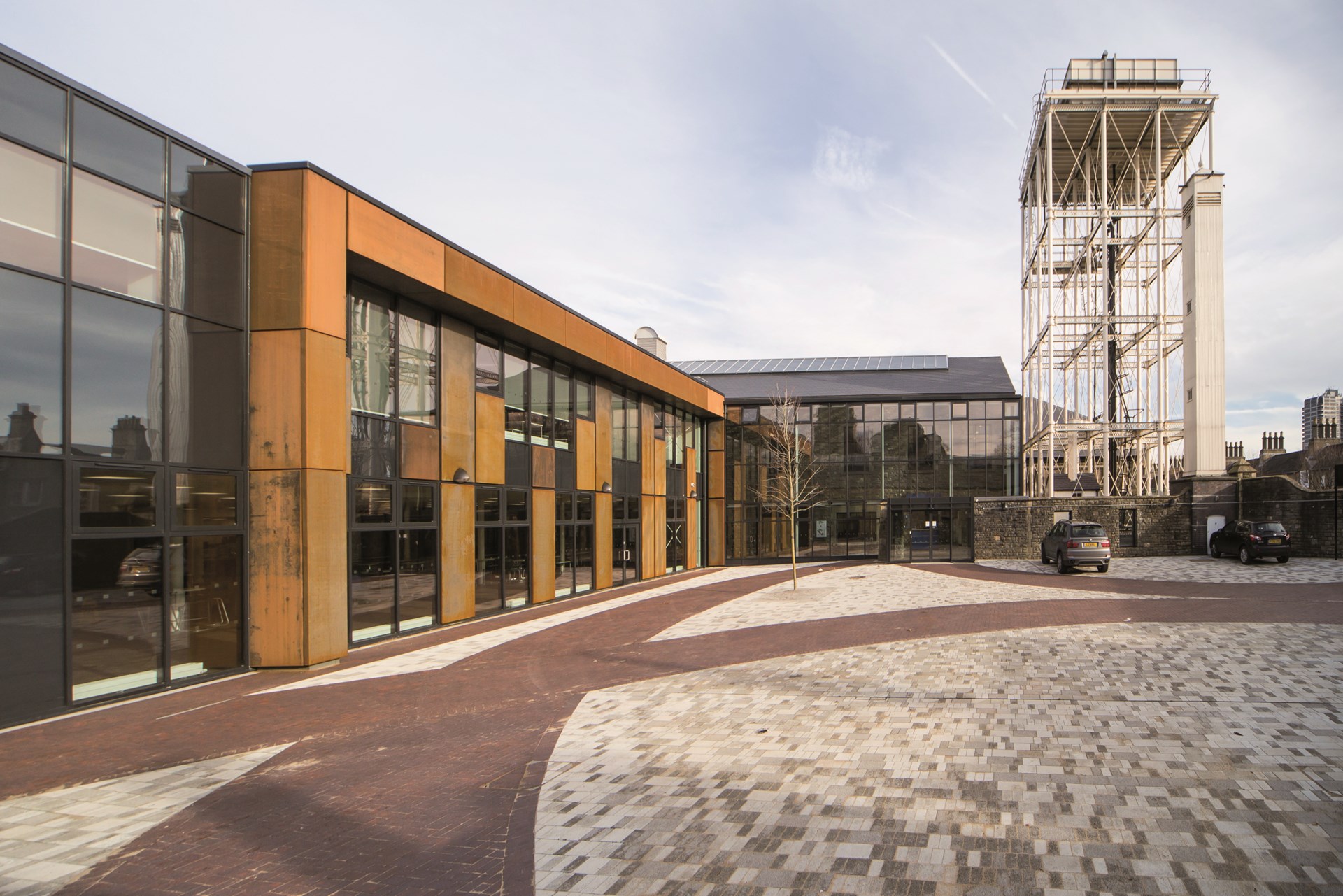 The annually held awards celebrate excellence in the construction industry focusing on vital elements in the creation of excellent buildings; technical innovation, sustainability and high performance. They also seek to celebrate the ‘X’ factor special working relationships that produce new or creative solutions.

UTC Swindon was also nominated for the Best Change of use of an Existing Building or Conversion and Best Public Service Building at the awards ceremony which took place at Bristol City Centre Marriott.

The state-of-the-art £10 million site is home to what Prime Minister David Cameron described as a “remarkable school”  Nick Gibb MP, Minister of State for School Reform, called UTC Swindon“one of the best school buildings”  he has ever seen.

Located on Swindon’s historic (former) Railway Village, the overarching theme and design concept references this unique location and provides a clear link between ‘historic’ engineering and ‘engineering the future’. The stunning architecture includes light-filled workshops and classrooms designed to imitate real life workplaces. Close liaison with English Heritage has allowed for the creation of a modern institution which respects the heritage of the site; and has also preserved and enhanced the railway village conservation area; all new buildings use materials and structures designed to be sympathetic to this. The existing Grade 2 Listed school building and water tower have been restored to form an integral part of the scheme.

Paul Inman, Chair of Governors at UTC Swindon and Pro Vice Chancellor at Oxford Brookes University, commented: “We are delighted that UTC Swindon has been recognised at the Building Excellence Awards. I must pay tribute to the architects Scott Brownrigg who have turned what was already a historically significant site into a truly inspirational, state-of-art space. Oxford Brookes is proud to be a sponsor of this innovative and important educational facility which will produce the next generation of engineering experts.”

Jon James, Director at Scott Brownrigg said: “We are delighted and proud that UTC Swindon has won the regional LABC award for Best Educational Building. It’s a real credit to the team that we have been recognised by the LABC with this prestigious award. It celebrates a unique building and the hard work, enthusiasm and dedication of all involved from start to finish. The design concept references the historic setting both physically and through the significant scientific discoveries made on the site. This has breathed new life into the buildings and most importantly provided opportunities for the next generation.”

Angela Barker-Dench, Principal at UTC Swindon, also commented: “It’s a fantastic honour to win the Best Educational Building awards at the 2015 West of England Regional LABC Building Excellence Awards. We’re proud of the incredible building we occupy at UTC Swindon. The site plays a big part in nurturing and inspiring our students. We are now looking forward to the Grand Finals in November where hopefully our outstanding building will get further recognition.”

UTC Swindon was officially opened by The Duke of York in December 2014. It caters for 600 students aged 14 to 19, providing courses for young people who aspire to a career in engineering.

Winning the award sees UTC Swindon shortlisted for the LABC Grand Finals, which takes place on Tuesday 10 November 2015 at the Lancaster Hotel, London.