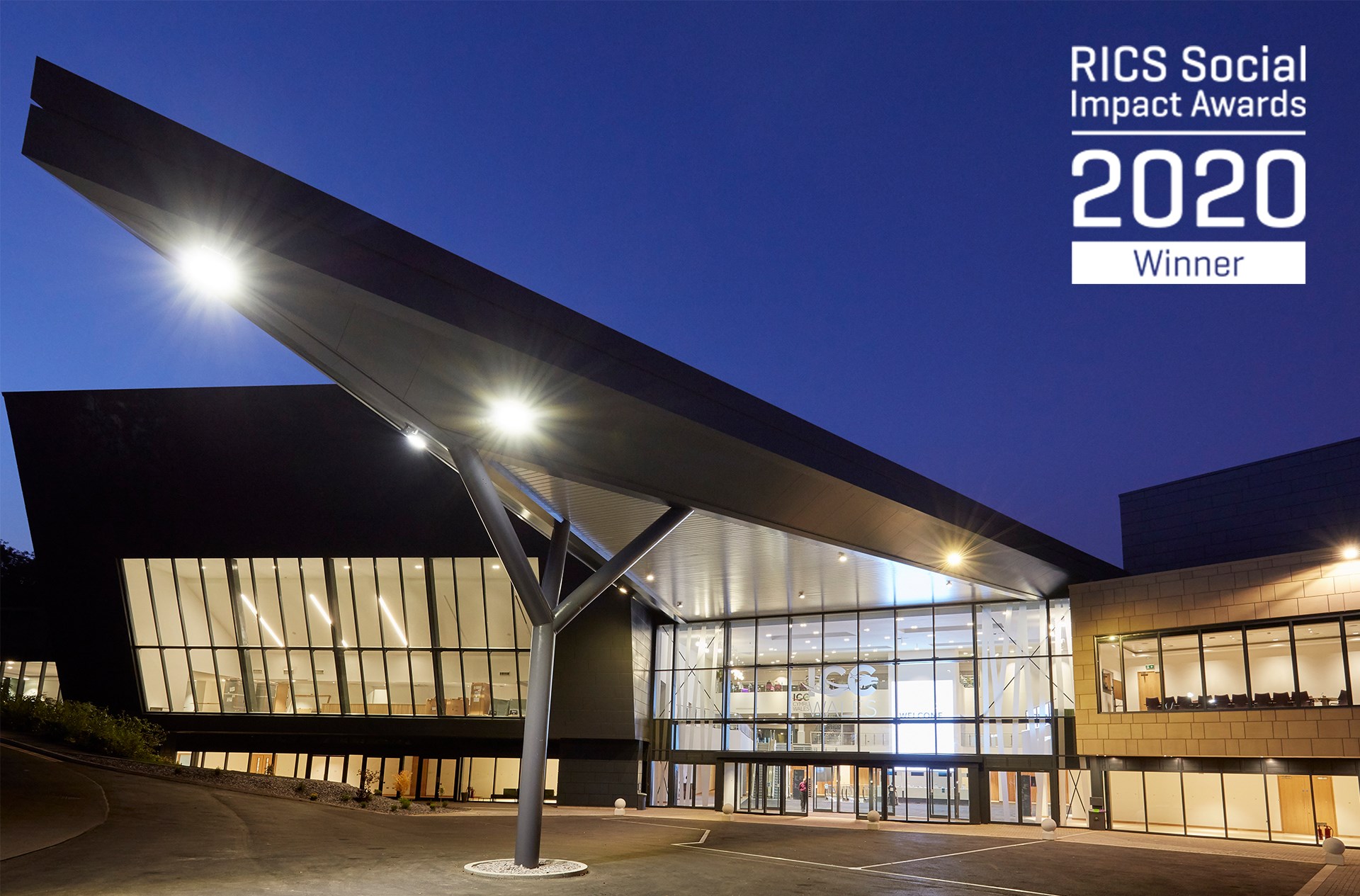 The International Convention Centre in Wales has been announced as the winner of the Commercial category at this year’s Royal Institution of Chartered Surveyors [RICS] Social Impact Awards Wales. The RICS Social Impact Awards are the only nationally recognised awards applauding the built environment’s transformative contribution to society.

The Scott Brownrigg-designed International Convention Centre for Celtic Manor Resort and the Welsh Government. The 27,000 sq m facillity is the largest in Wales and the south west of England, accommodating up to 5,000 delegates. It includes a 4,000 sq m pillar free open plan hall that can be divided into six independent spaces, a 1,500 seat raked auditorium, and six other dedicated venues with the capacity to host a wide range of group sizes. Together with a spacious outdoor plaza for exhibitions and pop up events, its adjacency to woodland has been capitalised upon, with outdoor terraces and views across from many of its rooms.

The RICS Social Impact Awards judged the Convention Centre to be “an internationally important project that has had social impact at the very heart of its philosophy since inception.” They commended its agenda that encourages and boosts social and economic benefit across the area.

Upon completion in 2019, the Centre opened its doors to the local community, hosting an open day to illustrate how they can be involved in their future programming. Offering those from the surrounding area the opportunity to engage with the new venue on their doorstep. 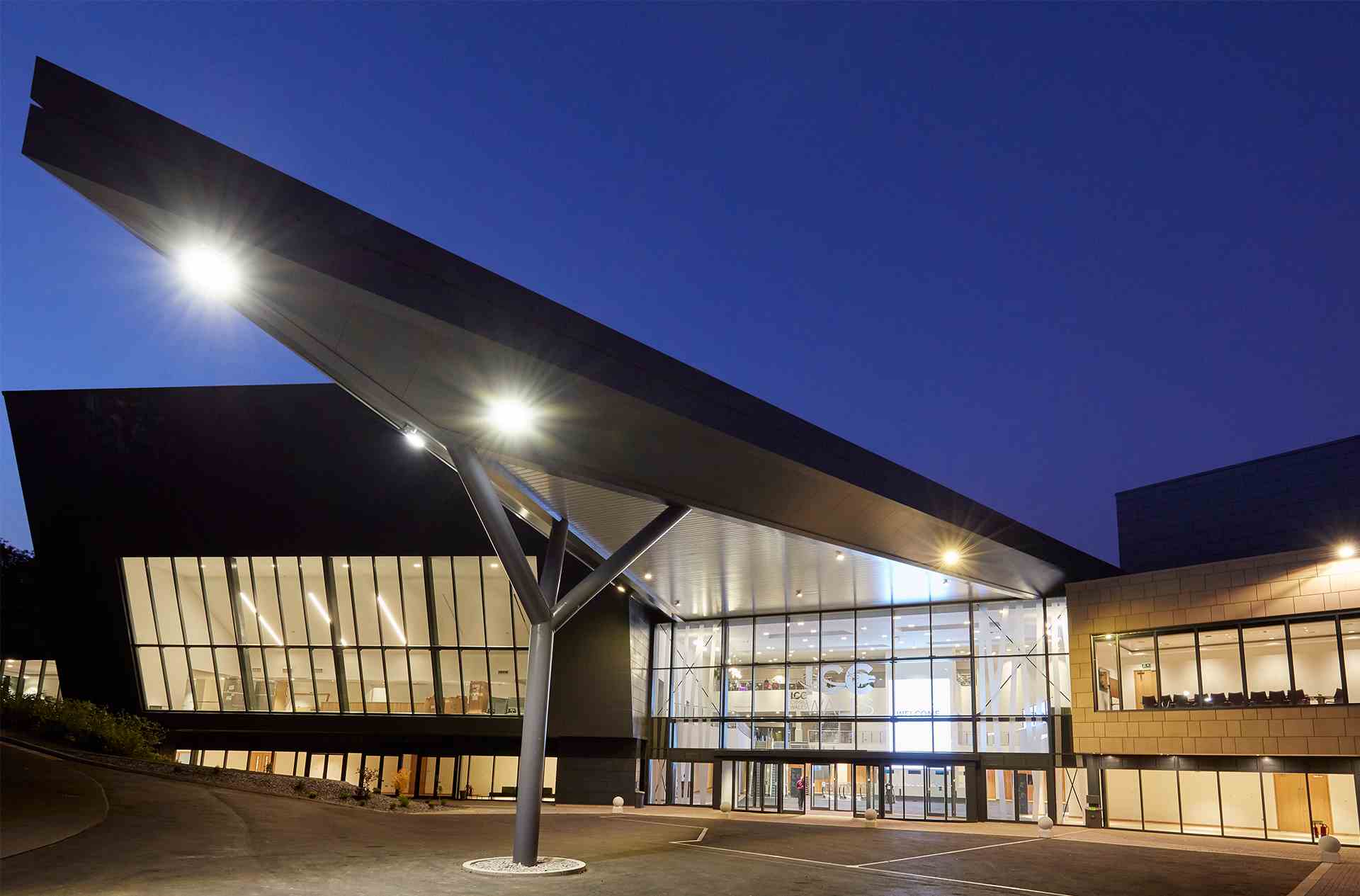