The Low Line: a Restorative Revolution

The Low Line: a restorative revolution 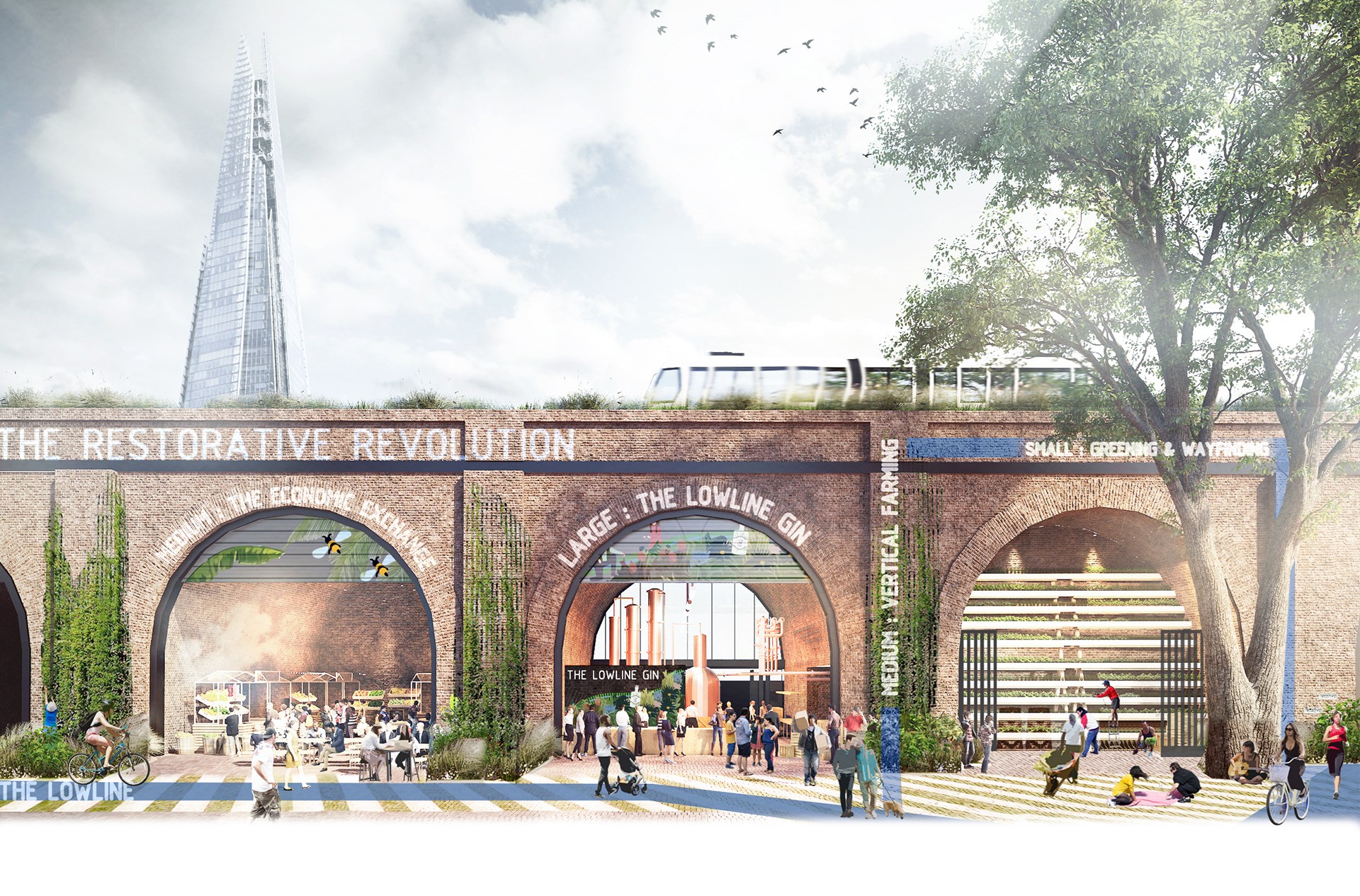 Building upon the industrial revolution that transformed London in the 19th Century, Scott Brownrigg proposes a new revolution, relevant to today’s focus on environment and wellbeing. Inspired by London’s label of the first National Park City, The Low Line will bring greening and wildlife to South London by adopting and repurposing its forgotten viaducts.

The project has identified a site that stretches from Waterloo to Bermondsey, highlighting neglected brick railway viaducts that could become part of a connected walking route and destination, and spotlight biodiversity in the urban jungle. 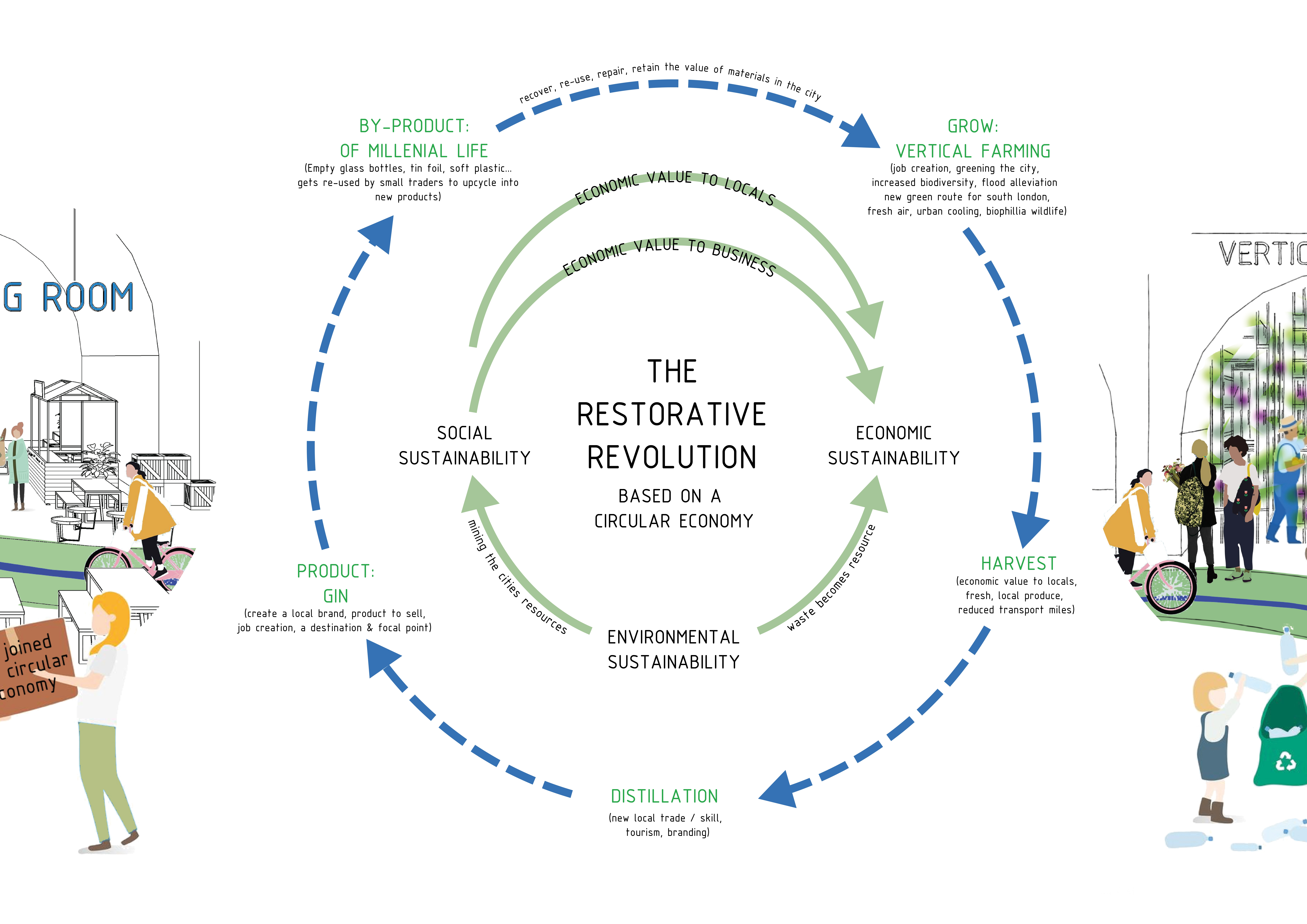 The delivery of a range of greening and biodiversity enhancements along and adjacent to the old viaducts can be implemented organically over time. The natural evolution of The Low Line is a fundamental part of the project’s concept. It recognises our responsibility to promote sustainable growth in the nation’s capital, and is highly appropriate to the nature of the site.

Identifying the challenge of dealing with such a large site (approx. 4km), the team has recognized that strategy rather than physical intervention is the appropriate approach. A three tier strategy begins with small scale route and wayfinding along the walking route, this is enhanced by greening, biodiversity and alleviating flood risks, and ends with the facilitation of medium scale economic exchange and the introduction of new industries on site.

The vision is that anyone using the spaces along the route will join a circular economy community. Not only will The Low Line unlock the economic potential of a sidetracked piece of London infrastructure, but it will facilitate a contribution towards a circular and sustainable route of materials and resources. 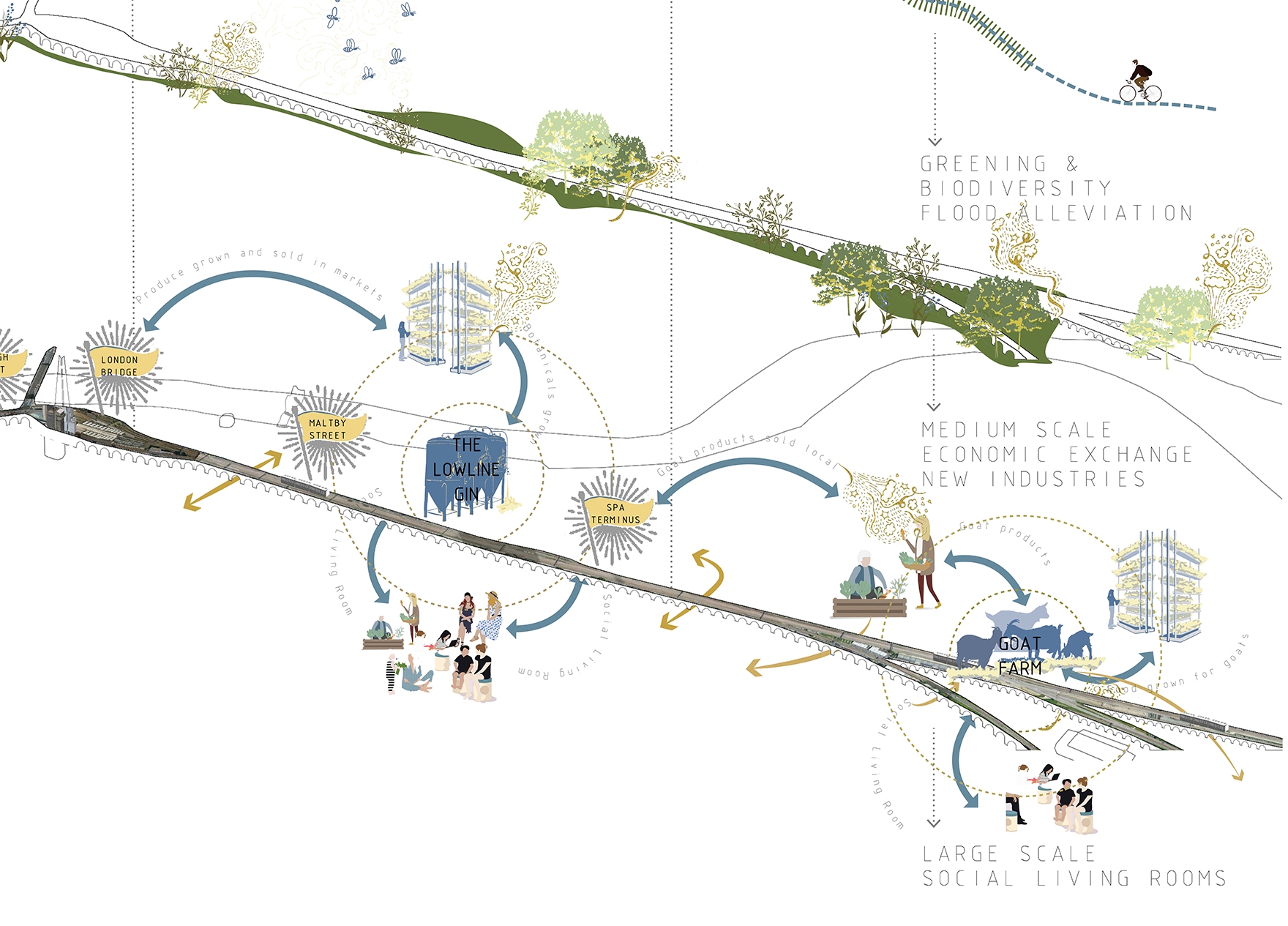 In our proposal, new businesses attracted to the area will utilise innovative techniques such as vertical farming and urban greenhouses, where botanicals can be grown and harvested. Products from these urban farms are sold to The Low Line Gin distillery located a few arches over. The Low Line Gin could then be sold to a bar in an arch further down the route. We envision the by-products of the gin production and consumption creating further opportunities, for example, soap manufactured from spent botanicals. The idea is that this ‘economic exchange’ amongst the occupiers of the arches would result in a community of shared materials and by-products, resulting in a local sustainable economy aiming towards zero waste.