We were appointed to submit an outline application in May 2021 for a site for 2,500 new homes, including the responsibility to coordinate four further third party land parcels within the allocation site. Our role is to stitch together various land holdings and deliver a major coordinated application for our two clients. 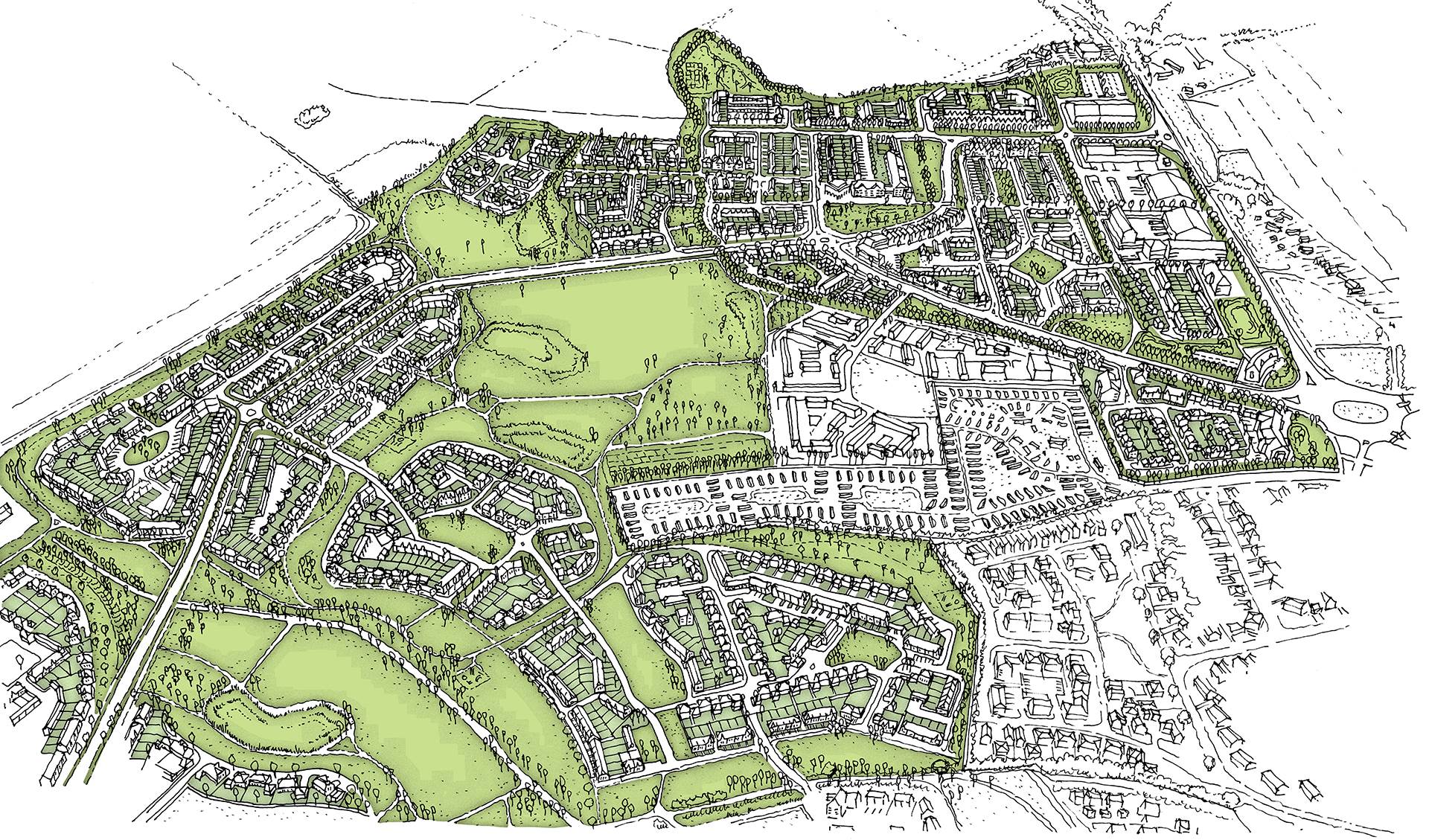 Our approach has been to look back in time to articulate the historic references lost beneath the site, reinterpreting past land uses into a future vision. Respecting local landscape features, and local village and parish characteristics underpins a strong narrative for a distinctive landscape-led place with identity. 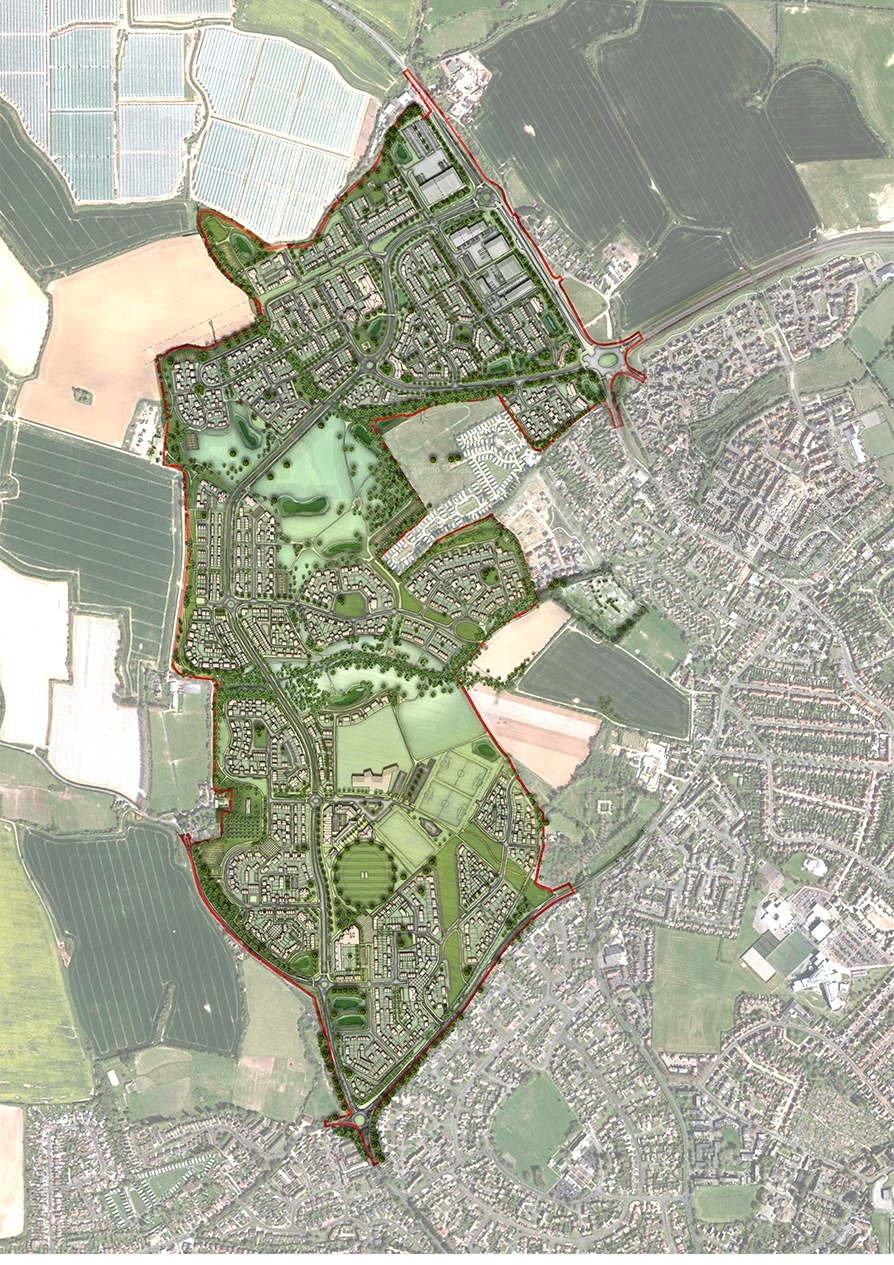 Two distinct character areas have been developed around 500m of walkable neighbourhoods, served by two local centres. A northern character reflects the landscape grid structure formed by rifes and historic field boundaries whilst the southern character is influenced by former WWII airstrips.

Lost ancient woodland removed 80 years ago has been reinterpreted into two major landscaped parks with an informal woodland and relaxed park setting. The second park forms part of a wider community sports provision served by a local centre and sports hub alongside a primary school, shops and senior living overlooking a feature village green. 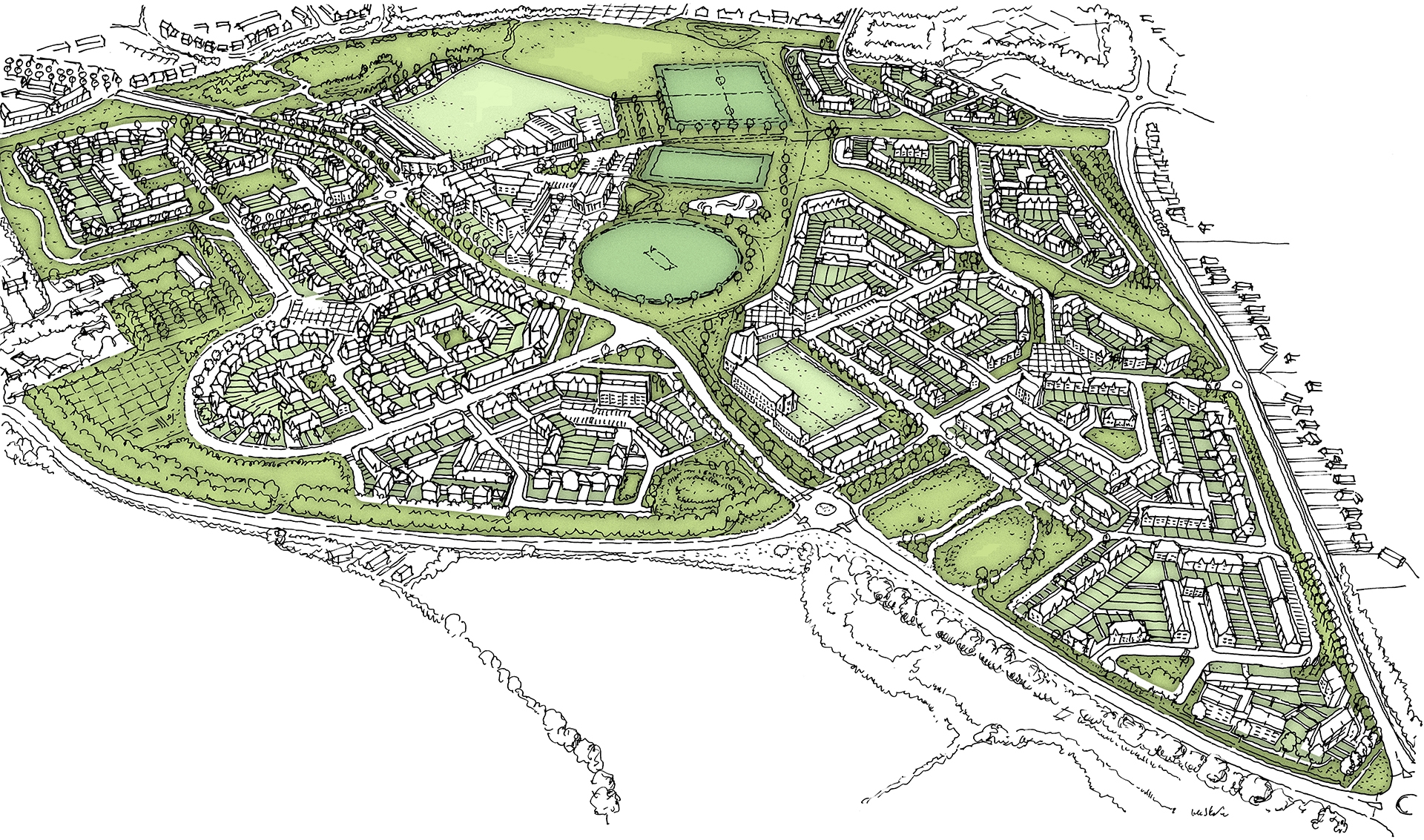 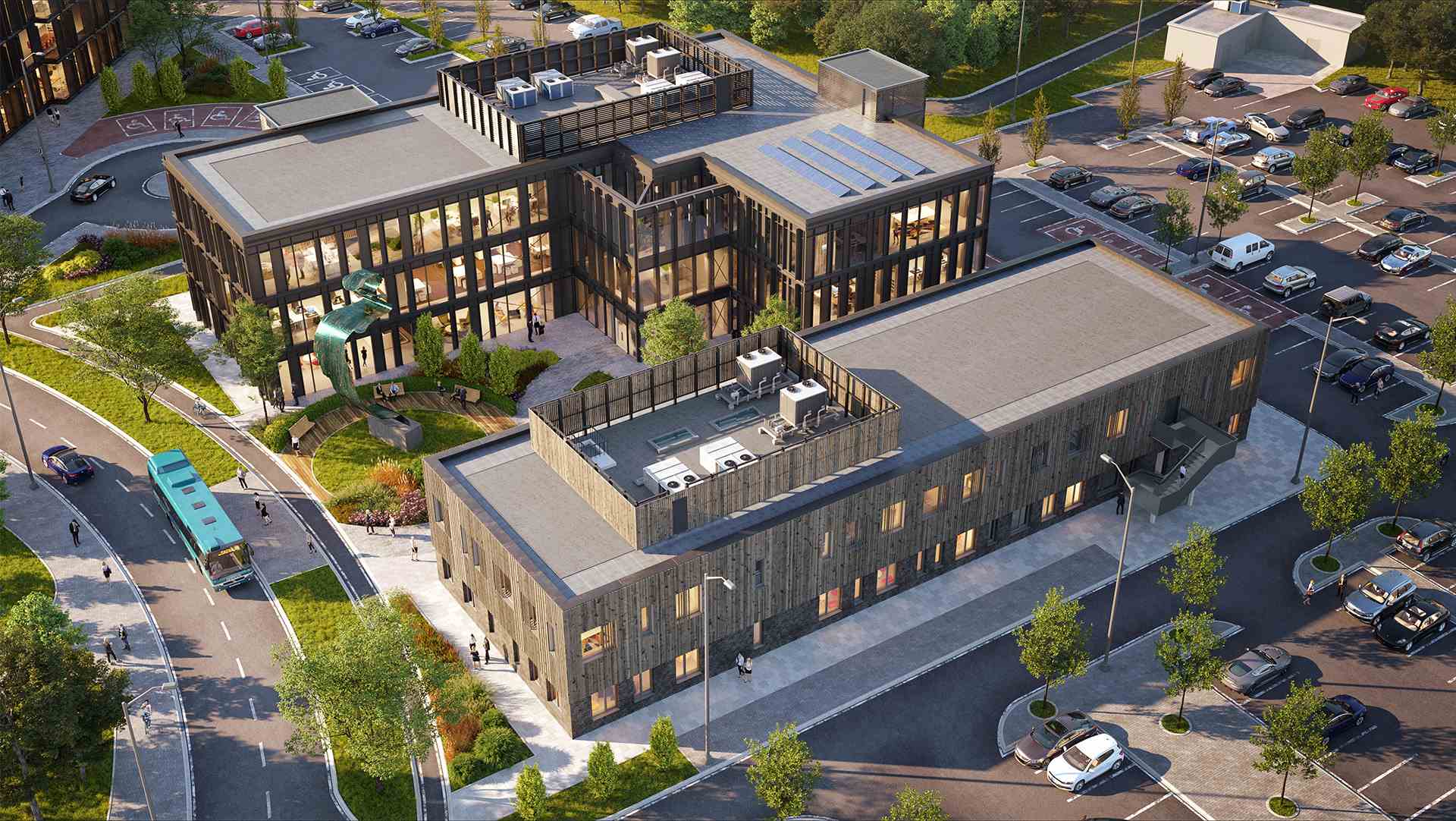