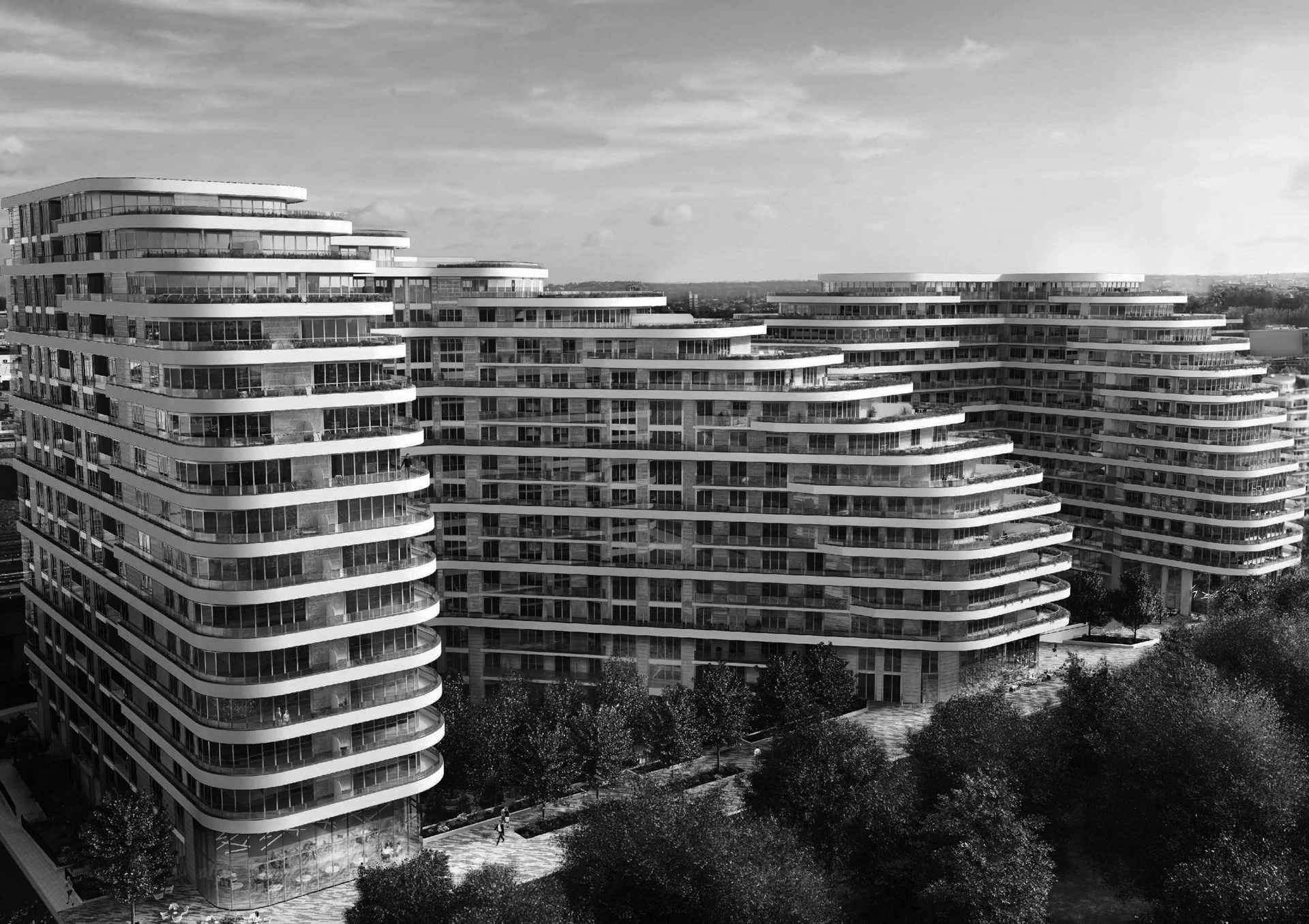 Culture has a key part to play in creating successful new places and the Vista public art programme and artwork strategy builds upon the rich cultural heritage of this important area of London. It ensures that the new development will have an intrinsic sense of place and identity, whilst also providing valuable spaces which will enhance the experience for all those who live and work in the vicinity. Here, Group Director, Richard McCarthy and Associate, Mario Veira, provide the details.

Berkeley Homes commissioned Up Projects to create a Cultural Strategy for the landmark Vista development in Battersea. As the architects and Lead Designers for the development, Scott Brownrigg worked closely with Up Projects from the outset. The practice provided a clear brief to ensure the cultural strategy that was developed worked in harmony with Scott Brownrigg’s conceptual design for the scheme.

The proposals for Vista Chelsea Bridge presented a particular opportunity for a large-scale art commission integrated into the development as part of the façade cladding. Scott Brownrigg’s original design submitted for planning included a feature cladding panel inspired by an artistic interpretation of the lake within Battersea Park. This was then developed by the artist and integrated into Up Projects’ proposed cultural strategy. The artwork was brought to life by a collaborative team involving the artist, Scott Brownrigg and a cladding subcontractor and fabricator. 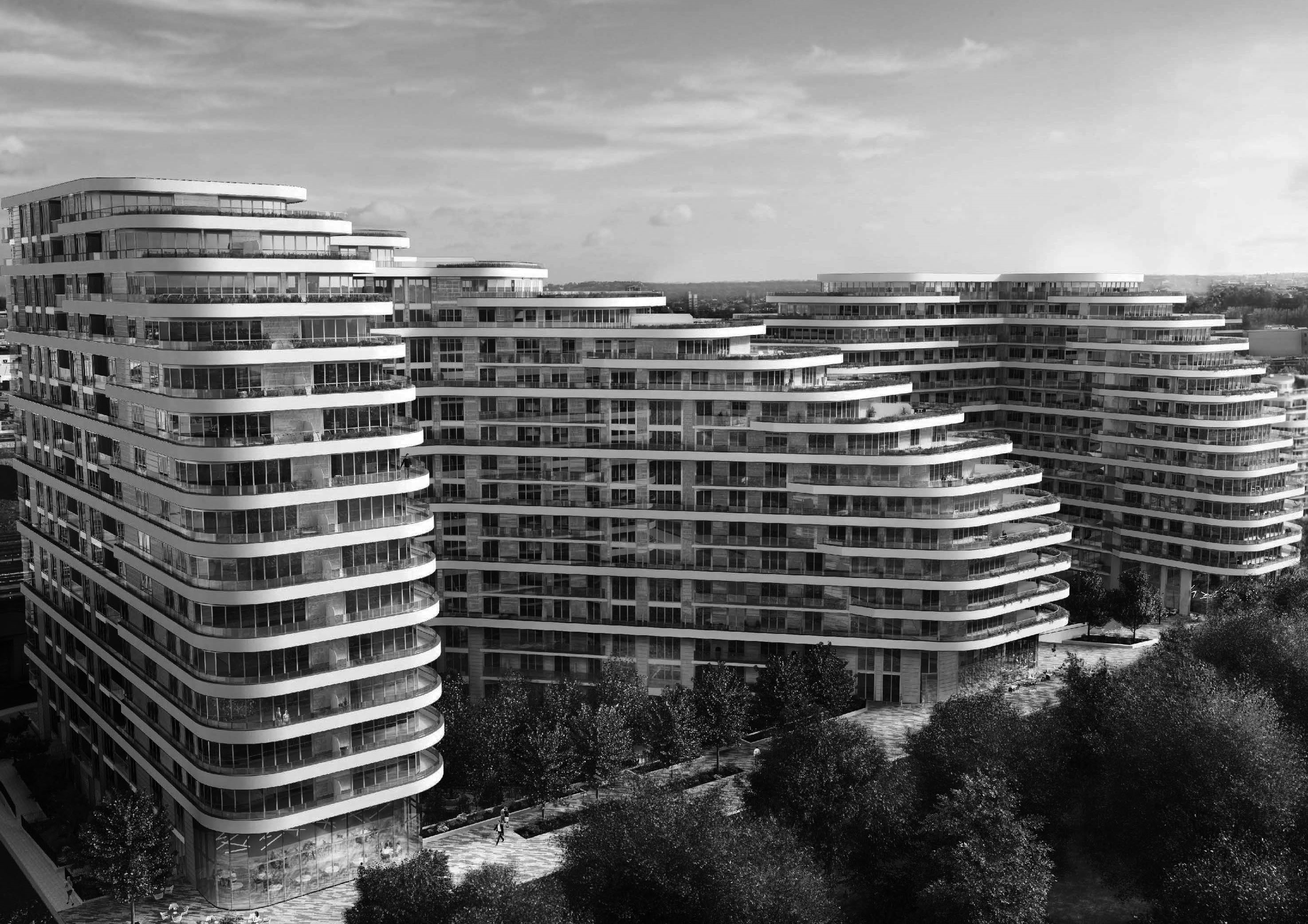 Scott Brownrigg worked with artist Nick Hirst to develop the artwork strategy for Vista Chelsea Bridge. Together, they worked on creating visually arresting artworks on the buildings by integrating feature cladding panels, inspired by an artistic interpretation of the surrounding landscape. All integrated works are designed to be robust, durable and in keeping with the character of the development within its contextual surroundings.

The artwork was created for the cladding, which is a glass rain screen system, specified as screen-printed ceramic frit to the back of the glass, before being bonded to the panel forming the rain screen. The Scott Brownrigg team agreed with Nicky that the artwork was to be made up of 12 panels that span across two floors as the maximum area for a single design. Sections would then be repeated and reconfigured across the elevations. The design uses three specified RAL colours which complement the colour scheme of the overall development; a light base colour and two colours informed by the natural environment. The screen-printed ceramic frit also has a dot matrix variation of colour intensity.

As specified by Scott Brownrigg, the visual hierarchy of the elevations are: the horizontal white bands of the balconies, followed by the vertical glazing (windows) and glass cladding and vertical champagne coloured (warm brown bronze) of the cladding for the down pipes.

Given the location directly opposite Battersea Park and the sympathetic, layered and contoured nature of the buildings, the natural impulse for artist Nicky Hirst was to reference the surrounding trees. Her initial research revealed the importance of the original London Plane trees; London’s most commonly planted tree which is found growing in city parks and streets. The smooth outer bark is brown, grey, yellow, and greenish in colour, with large scaly plates that peel off to reveal a creamy bark beneath. The peeling bark comes off in large irregular flakes, similar to fingerprints or snowflakes.

Nicky traced the surface shapes of the bark from a photograph and, in order to distance the bark pattern from a camouflage design, she concentrated on the fluid lines of the drawing instead of the shapes. These allude to the pathways winding around Battersea Park, as seen in this engraving (below) from 1845, but are also inspired by the reflections on the water of the River Thames nearby.

The Process: From Artwork to Cladding

The bark drawing was sectioned into 12 panels, which were overlaid to create depth and interest. Fixings were hidden in the design to ensure the artwork runs from panel to panel to create a continuous, flawless appearance.

The final artwork was created using a brush with black ink on paper. The Scott Brownrigg team scanned this and employed a number of Photoshop processes to change the artwork to a dot matrix pattern. For greater clarity, the team first tidied up the background and then applied one of the two colours selected. A number of attempts were required to ensure that the variation and subtlety created by the brush strokes were retained and the colours appeared correctly. Once this was finalised, several one sq m sized samples were ordered to test the design.

Following several visits to Spain and extensive further testing of various samples, the team were delighted to achieve the quality of the line and the colours which captured the essence of the original artwork.

The next steps involved setting out the panels across the elevations to ensure the artwork ran seamlessly. This involved a successful, collaborative approach where the mark-ups were created by the Scott Brownrigg team, which were then translated into CAD drawings and schedules by the cladding contractor. The panels are currently being installed on the first two cores, with the development due to complete next year. 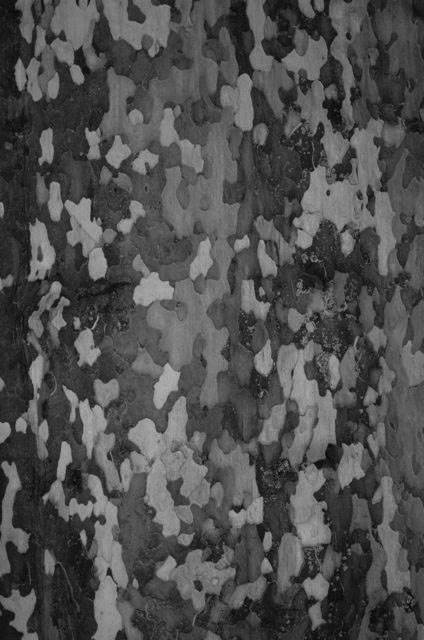 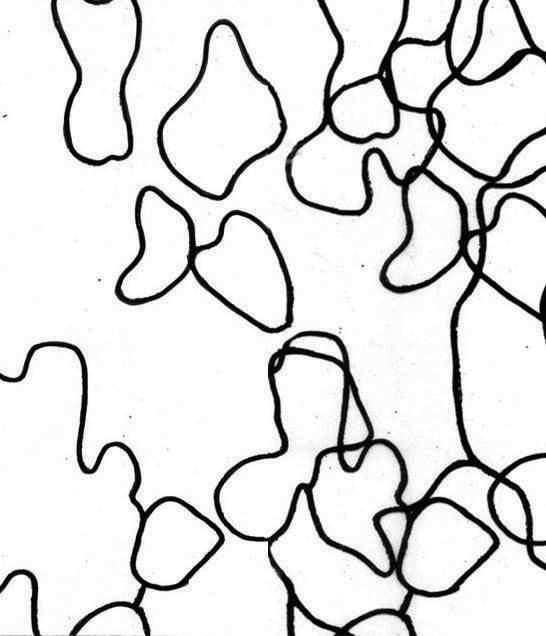 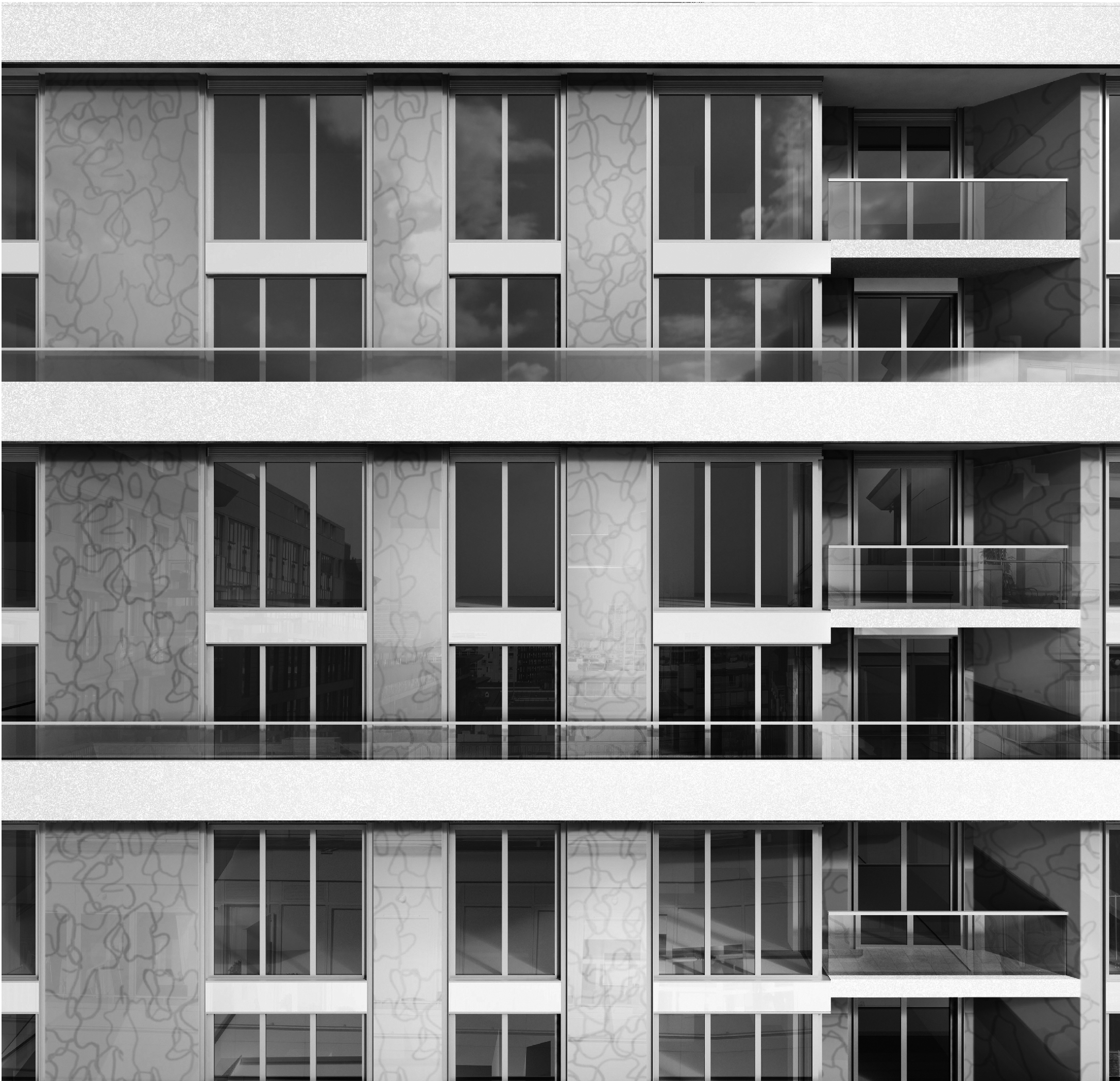 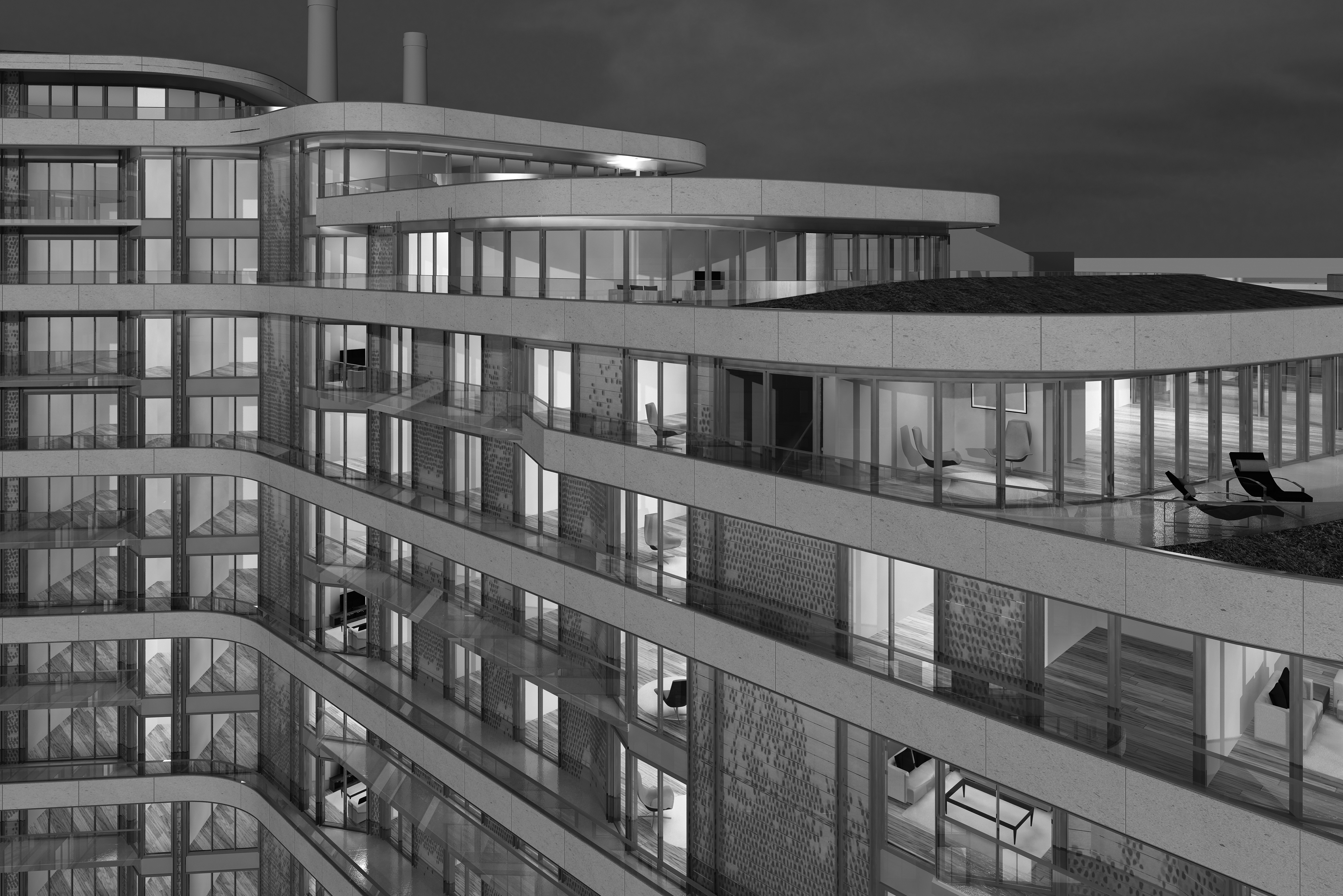 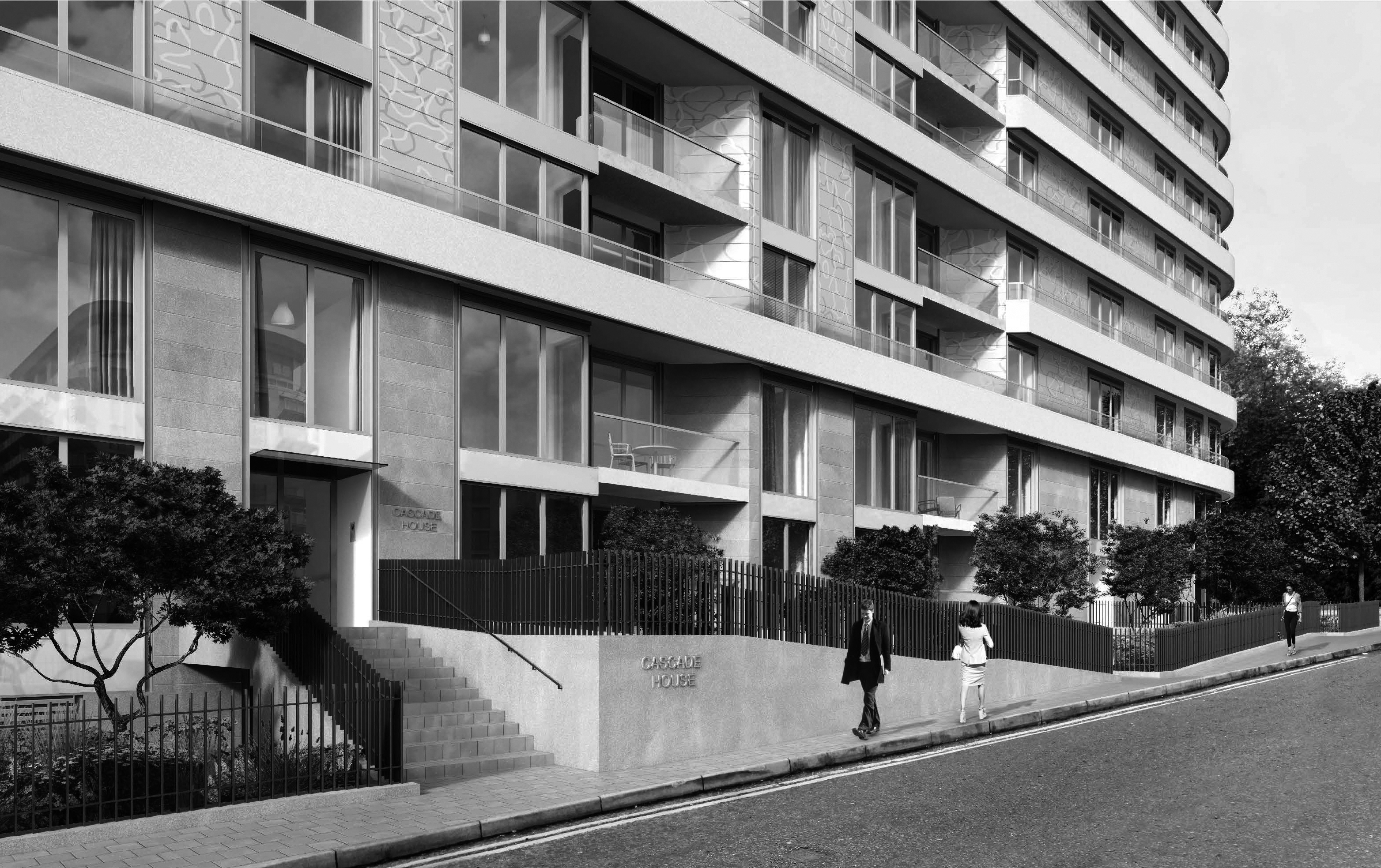 The façade artwork is only one strand of the overall Cultural Strategy. The development offers many further locations for artwork across different areas that will engage and appeal to a wide spectrum of people. To date, two other artists have also been commissioned at Vista who will be working within the landscape. Artist Matthew Darbyshire will be creating a children’s playspace as a modern sculpture garden, which is inspired by the open air sculpture exhibition in Battersea Park in 1951. In addition, Mark Grubb will be creating wayfinding interventions in the Vista landscape, which are inspired by the site’s heritage and memories from the local community.